On Tuesday 22th January 2013 at the second stop of the Swatch Freeride World Tour 2013 by The North Face the international field of elite athletes made an amazing show.

33 skiers and 15 snowboarders competed, it was a strictly men-only contest. The athletes enjoyed the good conditions and showed their best skills on the 600m north face of Tête d’Arp.

Markus Eder, Italy, ensure the skiers’ win with a score of 89,67 points, executing the most exciting run of the day. Eder chose a unique line entry, skiing down the ridge before hitting the steep face in controlled high-speed big mountain style. He then impressed the judges with an arsenal of tricks on the second half of the venue, pulling off a backflip, a huge left side 360 and even riding switch (backwards).

Jérémie Heitz, Switzerland, was able to repeat his performance in Revelstoke, Canada and obtain the second podium spot with a hard charging big mountain line, giving him the score of 86,0 points. Heitz had the fastest run of the day.

Aurélien Routens, France, was able to obtain his first Freeride World Tour win in the snowboard competition. Routens scored 83,67 points on a high speed run, with clean riding and solid airs at the exposed top steep section and finishing off with an impressive straight line.

John Rodosky, USA, took a deserved second, scoring 78,67 points, riding creatively and bringing numerous solid freestyle tricks into the backcountry. Emilien Badoux, Switzerland, chose a good line all the way through and hitting a nice backside 360 in the midsection, earning the third podium spot with a score of 76,0 points.

After two out of six events, Jérémie Heitz is leading Men’s Ski overall with two second podium spots. Today’s winner Aurélien Routens is leading Men’s Snowboard with the win and a third place in Revelstoke, Canada.

The women will join the men for the third stop in Chamonix-Mont-Blanc on January 26th.

Swatch, launched in 1983 by Nicolas G. Hayek, is a leading Swiss watch and jewelry maker and one of the world's most popular brands. The first Swatch watches surprised everyone with their revolutionary concept, creative design and provocative spirit. Today Swatch continues to innovate and surprise with new models, collections and special editions. The brand maintains a strong presence in the world of sports with its big-brand support for snowboarding, free skiing, FMX and surfing, along with Beach Volleyball. Right from the start, Swatch connected with art and artists, and Swatch watches remain a prominent canvas for artists from a broad range of disciplines.

The North Face, a division of VF Outdoor, Inc., was founded in 1968. Headquartered in Alameda, California, the company offers the most technically advanced products in the market to accomplished climbers, mountaineers, snowsport athletes, endurance athletes, and explorers. The company's products are sold in specialty mountaineering, backpacking, running, and snowsport retailers, premium-sporting goods retailers, and major outdoor specialty retail chains. 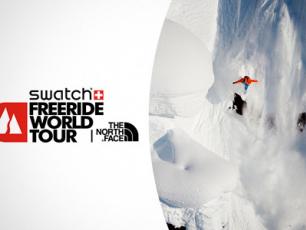