Monday. 3 Nov 2014, Roberto Francesconi, president of Funivie Monte Bianco announced that the works for the Helbronnen Cable Car may resume by the end of May 2015.
Good news for all Courmayeur fans! 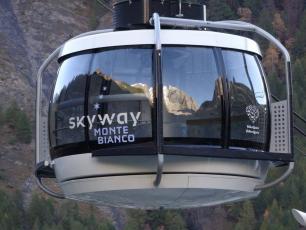 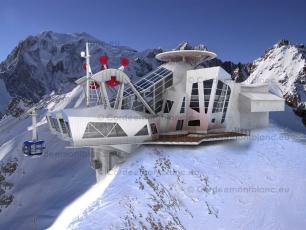 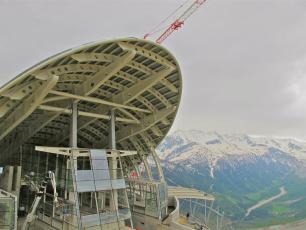 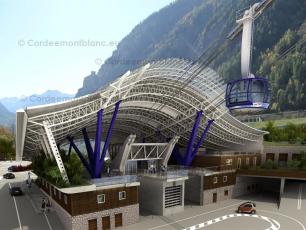 Currently, the Mont Blanc Cable Car operates regularly from La Palud to Torino Refuge. The last section to the Point Helbronner is closed since Mars 2011, with completion initially scheduled for spring 2016. A total investment of 110 million Euros.

Roberto Francesconi, president of Funivie Monte Bianco announced that the works should resume earlier, in May 2015, as significant parts of the construction are ready.

On completion, Point Helbronner will be a four level station with a 14m circular terrace, a large dome, a cafè, all this on a total of 2250m². The Cable Car's will have completely new larger and spherical cabins, a full capacity of 800 people per hour. Each cabin rotates 360 degrees during the ascent and has as standard equipment, large window glass all around the cabin, a heating system to prevent condensation, LED lighting and multimedia equipment (TV and Audio) which will deliver information on demand.