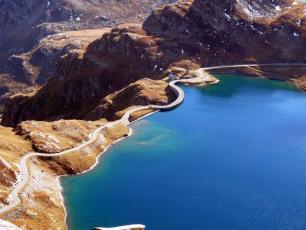 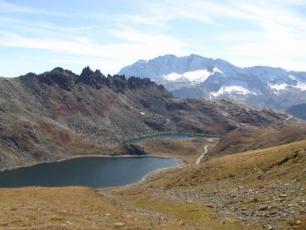 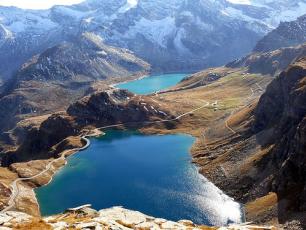 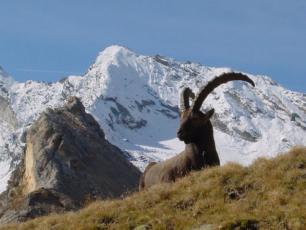 The Gran Paradiso area includes the valleys of Cogne, Valsavarenche and Rhêmes, which form the Gran Paradiso National Park and the valley of Valgrisenche.
Reserve
Gran Paradiso Mountain
Mountain group between the Aosta Valley and Piedmont regions of north-west Italy.  The peak, the 7th highest mountain in the Graian Alps with an elevation of 4,061m is close to the Mont Blanc on the nearby border with France, but lies entirely within Italian territory.  The Gran Paradiso is the only mountain whose summit reaches over 4,000m that is entirely within Italian territory.
​
Getting to Gran Paradiso
By Car
Piedmont -  From Turin take SS460 of Valle Orco, turn right at Pont Canavese in the direction of Val Soana and keep going straight until you reach Ceresole Reale.  From Ivrea (Milan slip road) follow SS 565 of Castellamonte until it meets with SS 460 in Rivarolo Canavese.
NB:  Along the Valle Orco, the road narrows with hairpin bends and vechicles can not be longer than 12m (with expert drivers)
Valle d'Aosta - Follow A5 highway, exit 'Aosta Ovest' and follow the signs to Cogne, Savarenche, and Rhêmes valleys.
By Train
Piedmont - take the public transport from Turin and Ivrea railway stations.
Valle d'Aosta - take the publc transport from Aosta railway station.
For information on the train timetables and routes: Trenitalia
Public Transport
Piedmont - The Piedmont valleys of the Park are connected by GTT lines.
Valle d'Aosta - The Valle d'Aosta valleys of the Park are connected by SAVDA lines
For more information:
Gran Paradiso National Park
+39 011/8606211
parcogranparadiso@pec.pngp.it
Tweet