The Aosta Valley has a wealth of wildlife and plantilife where areas have been created to protect some of the flora and fauna species.

Flora
The Aosta Valley can boast as many as 2,000 speciea of flora. The hilly areas are home to fruit trees and vineyards, oak and chestnut woods.  Forests are a mix of larches, red fir, pines and white pines, white and red spruce; a varierty of birch and maple trees. 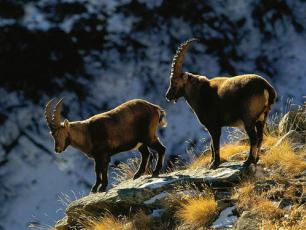 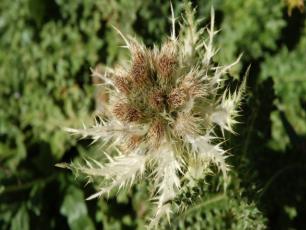 Flowers bloom between the end of may and August colouring Alpine meadows and you can see the protected plant species of the edelweiss and asters.  Some rare flowers found in the Valley include:  potentilla, pensylvanica, astragalus alopecurus, white lily.  On the morains you can find rocky flora such as heather and dwarf juniper.  Various species of glacier wormwood (gathered to make the well known liqueur, Genepy, in the Aosta Valley).
Wetlands flora can be seen in the lake basins and marshy area found in various nature reserves.

Fauna
Most of the alpine wild life can be found in the Aosta Valley such as ibexes (the endangered species), chamois, marmots, deer and Roe Deer, and some wonderful wildlife such as marmots, fox, deer, Weasel, Beech and Pine marten, badger.  Sightings of the Lynx has also been reported.  Some of the bird species found in the Valley include the blackgrouse and golden eagle, white tailed ptarmigans, partridges, and of recently sightings of the Lammergeyer.